This view is in fact wrong: capitalism, whatever it got right, has suddenly gotten planetary survival wrong: it is proving fatal to the whole planetary system. Improve it? How so, short of revolution?

In fact, our DMNC, ‘democratic market neo-communism’ shows just what is possible here: 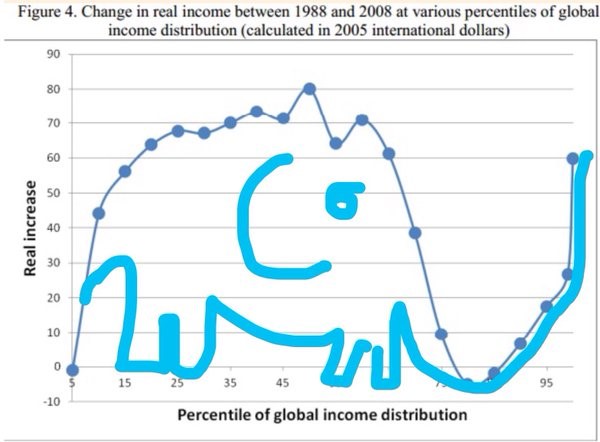 we can improve capitalism if we create a market inside a Commons via the expropriation we can ‘improve’ capitalism in the context of a system that is a hybrid of liberalism and socialism.
One of the liabilities of marxist-style analysis, despite what it got right, is the collision of opposites, and only as abstractions at that.
In fact, capitalists have misdefined capitalism and communists have misdefined communism. We can move to a resolution fairly easily if we can free ourselves from false ideas of our own making.

So he says “Capitalism gets much wrong, but also much right—and it is not going anywhere. Our task is to improve it.” Milanovic argues that capitalism has triumphed because it works. It delivers prosperity and gratifies human desires for autonomy. But it comes with a moral price, pushing us to treat material success as the ultimate goal. And it offers no guarantee of stability. In the West, ‘liberal capitalism’ creaks under the strains of inequality and capitalist excess. That model now fights for hearts and minds with what Milanovic calls “political capitalism”, as exemplified by China, which many claim is more efficient, but which is more vulnerable to corruption and, when growth is slow, social unrest.