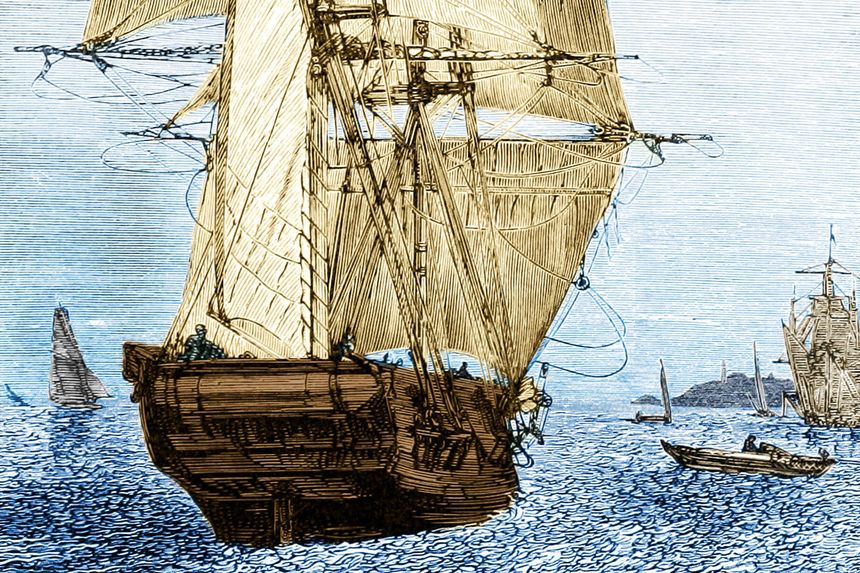 ‘Odyssey’ and ‘The Evolution of Charles Darwin’ trace a thinker’s passage from ‘gentleman naturalist’ to titan of science.
We have many posts here on the plagiarism issue.
https://redfortyeight.com/?s=Darwin+Wallace+plagiarism

We have been critical of the idea that Marxism is science for over a year plus here and The Last Revolution goes over this in a lot of detail. Having sent many links to Jacobin on this I have to assume this article is a shot over the bows for me. In any case, the idea that Marxism is science along with Engels’ useless Dialectics of Nature is not really defensible anymore, and I am puzzled anyone on the left would still try. Marx’s interest in science is commendable but what science are we talking about, in the early to late nineteenth century in the context of reductionist science, causal physics, and the botched job of Darwinism which Marx annexed to his doctrine of materialism, compounding the confusion. In that context, Marx tried something daring by trying to turn history into a study of economic categories but that was simply off the mark from the start. World history is an immensely complex field far beyond mere economic categories and Marx’s ‘stages of production’ theory applied to history in a sequence of epochs is a pile of nonsense.
Marx created a difficult situation for his faithful by locking them into nineteenth-century science notions, and with a system that even scientists of his time saw as dubious. And science has moved on. With the coming of Quantum Mechanics, and then Quantum Field Theory/String Theory we are all out in left field wondering just what science is telling us, if anything.
The science of Marx simply doesn’t wash anymore. Not at all. In retrospect, calling something like Marxism science is dangerous because it makes critics into counterrevolutionaries who must be lliquidated because they are not scientific…Madness. And it happened with Stalin.

Trying to produce a science of history has always failed because history is not like physics and shows the transformation of facts and values in a dynamic totally beyond current science. Better to use descriptive approach and deal with simple chronologies. Marx’s theory subjects the left to endless debates and rejection by critics who have long known the flaws here. And the whole mess is compounded by Engels and his total confusion over the dialectic. Taking The Dialectics of Nature as a path to science is hopeless confusion and gives even sympathetic leftists a difficult dilemma.
Socialism doesn’t require a science of history and can be constructed far better without a pretense of theory and science. This blog has endless material on this…

From Marx and Engels to the present day, socialists have been deeply engaged with the world of science. With the provision of lifesaving vaccines held hostage by corporate profiteering, the story of this relationship is more important than ever.

Source: How Marxists Brought Science to Politics and Politics to Science

Some people seeking to influence public opinion about abortion rights claim the science is clear. It’s not, and that means abortion remains a political question – not a biological one.

Source: Defining when human life begins is not a question science can answer – it’s a question of politics and ethical values

At this most critical juncture of public health and the fate of the planet, science and scientists have been reduced to a political punching bag.

“Our obligation as scientists to make sure we fight the good fight and ensure the fruits of science are not monopolized by the powerful and the elite.” –

Source: Arming Scientists and Society for the Climate Crisis – CounterPunch.org

Education is central to Cuba’s brand of socialism. The revolutionary government’s dedication to scientific knowledge and healthcare for all shows up now as Cubans cope with the COVID-19 pandemic. The United States is not so lucky.

I am not a christian, take atheism/theism in stride, and think that Christianity fading away is inevitable in the long term. But the condition of secular humanists, a flock tended by the new priesthood of by-the-hour psychologists, et al. is hardly an advance beyond the simple exit from religion. It is hard to grasp the depth of shallowness and cunning in the therapy racket, and the ‘theory’ claiming science of ‘psychology’. I once faked a lab result in a Skinner psychology college course in behaviorism that required electric shocks given to a rat in a ‘skinner box’. I have felt alive ever since and will NEVER trust psychologists again. Anti-science. There is no science of psychology and the real science of physics has my admiration.
The delusive character of Christianity undermined what often was a more intelligent psychology than anything the secular humanist can muster, in its strange superstitions of scientism, behaviorism, darwinism, psychology as a credentialed hustle. Does man have a soul? Does man have a will? What about ghosts? Is there a canon of ethics of any value in a humanism so contracted it can’t handle a figure like Kant who actually saved modernity from Old Testament pseudo-ethics.
The secular humanist is in danger of being swamped by clever psychopaths slowly but surely taking over culture, in politics mostly a fait accompli, where lying is considered the norm, even taken to extravagant extremes, parodied now in the super-idiot Trump. Secular humanists are victims of the rank scientism of the kind that vitiated marxism with a fantastical failure to grasp the nature of man. Part of the problem is the effect of Darwinism, which is a pseudo-science that has indoctrinated the whole of the army of Richard Dawkins idiots preaching social Darwinism in disguise without realizing what they are doing. It is worth studying the degration of the human in the Roman empire, slowly degrading from the era of the Athenian world. That fate is coming in some new form to the secular humanist in a culture losing even its semblance of democracy. Sadly, the marxist world trying to resolve these evils produced something worse. But they at least saw one aspect: here capitalism has added to the confusion in the rote conditioning taken up by governments et al to create a secular cripple.

I could go on and on, but it is worth remembering that Chistianity came into existence to rescue a population that had created the Roman games, what to say of the extremes of slavery. It has no second coming but it does deserve historical study, granting that the endgame of current religion in the US is descending into a mysterious form of evil, next to the zionist psychopathy.
Let me say that articles like this at Alternet have my support, don’t get me wrong. But Christians knew what hell was, then botched the whole myth.
Perhaps the modern case will be shocked the whole game all over again. Perhaps the myth of Faust can help. But Goethe changed the ending from Marlowe, so the warning has turned into a pat on the back. Now our modern Faust expects Goethe’s redemption. Best of luck.