As Russia’s brutal, little-heeded war against Ukraine lurches on, grim images have emerged on social media of Ukrainian soldiers caught in the bloody quagmire around Bakhmut, an eastern city that has devolved into a ravaged landscape of ghostly trees, artillery craters, besieged elderly civilians and on-edge forces hunched under endless barrages in a muddy, freezing, deadlocked trench warfare that some have called “the new Passchendaele.” Over 100 years ago, H.G. Wells trumpeted “the war that will end war.” “We are resolved,” he said. “That foolery shall end! It is the last war.” Alas, not.

Survivor tells of being abandoned to attack near Makiivka, as anger grows in Russia over death toll from war

The beserker Putin could destroy Russia forever??? It is hard to see anything but a third rate has been nation as Russia beyond Putin… END_OF_DOCUMENT_TOKEN_TO_BE_REPLACED 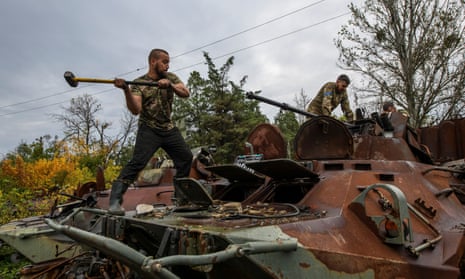 Source: Is Putin in a Corner?

President Biden’s condemnation of Russia at the UN on Wednesday, where he claimed Russia had violated the UN Charter by invading Ukraine, a country he

Every discussion about energy should begin or end with a reminder that building a global industrial economy on the basis of ever-increasing rates of extracting and burning finite fossil fuel resources, with polluting byproducts, was and is utterly insane.

Source: Opinion | What You Need to Know About the Energy Crisis | Richard Heinberg