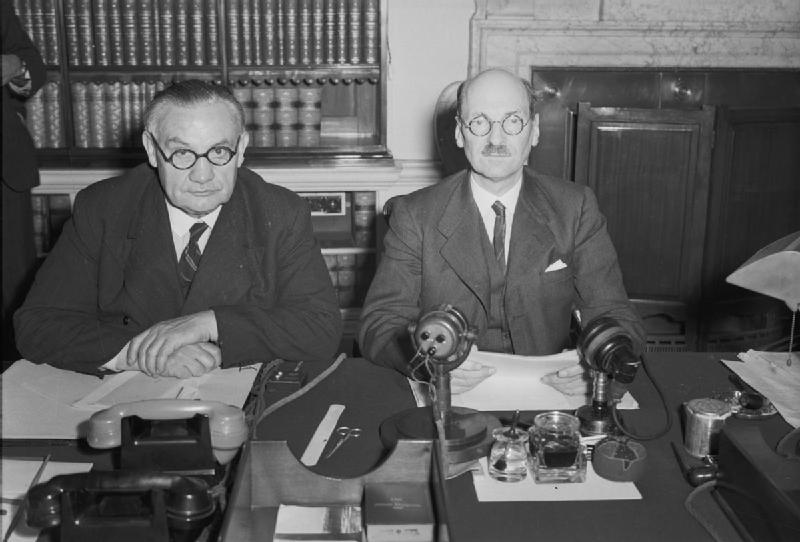 The following article was published in 1981, shortly after the opening of the so-called Cabinet Papers for 1950. These documents revealed the extent to which the post-war Labour government, so-often heralded by reformists as ‘real socialism in action’, was obsessed with routing communists and radicals out of the party

Source: Labour in 1950: betrayal is inherent in reformism

We have been critical of marxism, but only of its inability to deprogram its own historical legacy of cliches and tired propaganda.
The field needs an upgrade and is very unlikely to produce any kind of revolutionary action despite its rhetoric. That said, marxists carry a lot of important ideas mixed with confusion and have consistently exposed many of the confusions of reformism…

————————————
Neo-marxism?…//Goodbye Revolution?
April 15, 2019
We have tried to examine both reformist and revolutionary aspects of our thinking here but the problems with the revolutionary option seem too great for any such outcome. However sooner or later the coming crisis may change that picture. The obvious problem is that revolution is essential in principle but nearly impossible in practice. END_OF_DOCUMENT_TOKEN_TO_BE_REPLACED

The division between reformist and revolutionary paths on the left may be misleading: they work in tandem willy-nilly at a time when the prospect of revolutionary action is seemingly remote. The spectrum of thriving activist groups is pushing the overall political world into an unstable ‘tyranny’: even as the power of the american monolith increases its inner coherence is deteriorating and at some point the whole game is shot and forced into breakdown. It would be nice to see change before the climate crisis turns the whole system into ‘chaos, too late’: it is important for radicals to prepare for a revolutionary transition they didn’t ask for.

———————
Virtual revolution? from last month: an evolutionary path to some version of democratic market neo-communism?
END_OF_DOCUMENT_TOKEN_TO_BE_REPLACED

Source: The Democratic Socialist Cul-de-sac: A Critical Look at The Socialist Manifesto – COSMONAUT

Source: The Democratic Socialist Cul-de-sac: A Critical Look at The Socialist Manifesto

This is an engaging critique of the reformist path and it is important, essential, for leftists to try to present the basics of revolutionary transformation, but the problem seems to be that while reformism can be critiqued for its failure the revolutionary framework is equally open to such criticism: if the leninist path itself failed just what is being pointed to as an exemplar for the left? The whole dilemma needs to be reexamined and those who preach the revolution sermon need to recast their thinking without citing russian revolution, a record of confusion, failure and finally stalinism.

https://redfortyeight.com/?s=democratic+market+neo-communism
We have discussed this issue many times here and while we have as frequently supported the revolutionary path we have also warned that marxist viewpoints merely wave the flag of revolution but can offer no solution to the problem of what should come after. To say that workers should smash the old state and construct communism is not enough. In the cases where the opportunity for this arose the left has in every case failed to complete the operation. Marx refused to go into details but in retrospect that was a mistake: the attempt to fill ad hoc the void behind empty terms like ‘socialism’ in a crisis situation has repeatedly failed. Worse, the confusion is codified as part of a tradition, one that in reality doesn’t exist: the leninist era was not in any way a path to communism. It was an artificial set of constructs that were more confusion than serious efforts to overcome capitalism.
The left cannot seem to grasp that it has no platform and the era of Lenin was a tremendous lost opportunity. It is a puzzle to consider just how dreadful was the botched chance to create a serious socialist society.
It doesn’t have to be that way. We have suggested numerous avenues to a practical approach that can work: our ‘democratic market neo-communism’ is one of them.
The left cannot appeal to a general public any more because all it can think of is stalinism. And the left barely even bothers to distance itself from that legacy. And this situation ends up feeding the reformist reaction.

Source: Is a Revolutionary Rupture with Capitalism Possible? – New Politics

We have gone over this ground a dozen times and attempted to be critical of evolutionary reformism, but not with marxist cliches but with an attempt to recast a postmarxist perspective that still considers the revolutionary action directly. Responses to Chibber here still preach undiluted marxist boilerplate and the claim for ‘scientific socialism’. We have shelved the claims for science, but we can still consider the problems with the kind of compromised path promoted in his wake. The revolutionary left tends to be its own worst enemy as it remains stuck in the past, fails to see the problems with the Russian revolution and promotes leninism as a path to the future. We can reject leninism, more or less, and yet look to a truer revolutionary potential. At this point both sides need to examine each other, critically, and yet with a view to seeing that neither side has a clear path.
It is easy to critique revolutionism and yet the dilemmas continues to haunt those one the path to social democracy…

By Ahmed K.   In December 2017, NYU sociology professor Vivek Chibber published a major strategic statement in Jacobin which has since played a large role in setting the terms of debate in the socialist movement, in particular in the Democratic Socialists of America (DSA). Carrying the title “Our Road to Power,” the piece referenced […]

Source: The Revolution Will Be Supervised: On Vivek Chibber’s “Our Road To Power” (Part 1) – La Voz De L@s Trabajadores/Workers’ Voice

The debate over revolution or reformism can’t equate the issue of revolution with leninism, as we have argued here many times. The issue of revolutionary action needs a new reformulation and a something better than Marx’s flawed theories. The left can’t seem to grasp that leninism was a failure and this may not be an argument for reformism, but an injunction to rethink the whole question.
https://redfortyeight.com/2019/05/24/revolution-reformism-a-list-of-posts/

These three posts taken together survey the whole field of reformism versus revolution in considerable detail. But the result seems like a kind of stalemate. It is hard to finally mediate this gulf that splits the left down the middle.

This is a useful and complex article on the legacy of Kautsky and it shows that it is all too easy to ‘garbage in garbage out’ along the faultline of revolution/reformism. The complexity of Kautsky’s personal history makes his thinking tricky to use and I am not sure I have understood his trajectory fully nor the citation of the Finnish exemplar and its significance. Without rejecting the revolutionary alternative we have also been critical of leninism/bolshevism, without adopting social democratic compromise. The article cites from Kautsky a number of the hopeless difficulties of revolutionism, e.g. the power of the modern state that has left behind the era of barricade revolution. Is the question hopeless, not by a long shot END_OF_DOCUMENT_TOKEN_TO_BE_REPLACED