It’s bullshit that Sen. Manchin, who is so clearly tied to the energy industry and in the pocket of corporate executives, is drafting climate legislation,” says Ellen Sciales, communications director for the Sunrise Movement, a progressive climate advocacy group. “He’s received thousands of dollars from lobbyists and Republican oil and gas executives.”

I think the climate movement should (voluntarily, as it were) assume (some of) the blame. The issue has been getting worse and worse for several generations: there should be a movement in place that can really challenge the powers that be. The issue is clear, the US government and the capitalists are going to destroy the planet, with a lot of help from similar types over the far seas. In the process they are going to make fascism the new normal and at some point the new Cobra is going to liquidate the left. By any reckoning the warning of the Founding Fathers is starting to echo the Phrase: a republic if you can keep it. The next move here is fairly clear. Face the facts: we don’t have a Supreme Court, we don’t have a Congress/Senate, and we don’t have much of a presidency. Look at the pathetic failure here: a single coal baron in Congress using bribery money from Wall Street can destroy that the effective last chance on climate change. You can’t take that lying down. The Right is convinced however you will take it lying down. Everything about the situation proclaims the duty of doing more than complaining on twitter feeds. Mckibben et al. are sweet folk, pious and Gandhian. They have done their work. Now we must do the rest. Do we need a new front line? Violent men can kill many, Gandhians can kill millions.
It is worth noting that some accused the JAN 6 op of being a false flag,…a conspiracy theory that misses the point, which is that it may as well have been such because it cleverly stole the revolutionary tonic from the left. It seems suspicious, and gallows humor, now there are so many obstaclea to simply walking down the street in protest that few will dare, the whole point. To be sure, the left as such now would not be that stupid: invading the Capitol was so idiotic that it took me a month to figure out the Base was serious. really trying to stage a coup. Still how else can you take over the government at this point? It was some kind of kamikazi operation? What happens next is going to see many tire of current activism. Since the first self-expose of Exxon-Mobil over a half-century ago, the left has accomplished zero. Zero. But then again revolutionary Marxists have done no better. I think marxism has betrayed Marxists, and I have suggested a new approach. Whatever the case the longer you wait the more powerful entrenched interests will get: look at the covert agencies who sprang up and rapidly moved to make the American government powerful beyond any revolt,  beyond any remedy, or so it seems. Tyranny doubled in strength and the CIA has decades of practice undermining revolts. And democracies. And making a bundle off the drug trade. Decades of it in Afghanistan. The US is a criminal set of government mafias. What more do you need to know? One more thing; the methods of mind control has grown to the point where no one is left to revolt, to work for real change. Trump’s base is strange, but fine with those who wish to outdo/control American ‘democracy. You shoudl be ashamed, or at least take a hint you are a complete ass for taking the 9/11 false flag op as a terrorist act of moslems.  The US is the greatest terrorist organization in the world. Your chances for the future will be even out by what you thought that was, the greatest feat of fascist programming of the public in world history. Even the left is drowsy, and home streaming. But people will soon snap out of their hypnosis. The truck is coming, Frog has to jump out of the way.
It is worth watching a film called Michael Collins (and reading the review on google pointing to its flaws): but it answered one question. How after centuries of oppression from the British imperialists could the Irish turn the tables and actually free themselves? I don’t recommend following the example of that movie but it makes clear that when you are really fed up, then something can be done, maybe. It is perhaps too late for that kind of action now, the US is far beyond where the Collins group  can escape assassinations on bicycles. My point is merely that as things stand now you are dead in one of two ways. You can go down fighting, or choke on heat stroke. Up to you.

Don’t be fooled, warned Bill McKibben, the Democrat from West Virginia is “doing the work of the fossil fuel industry.” 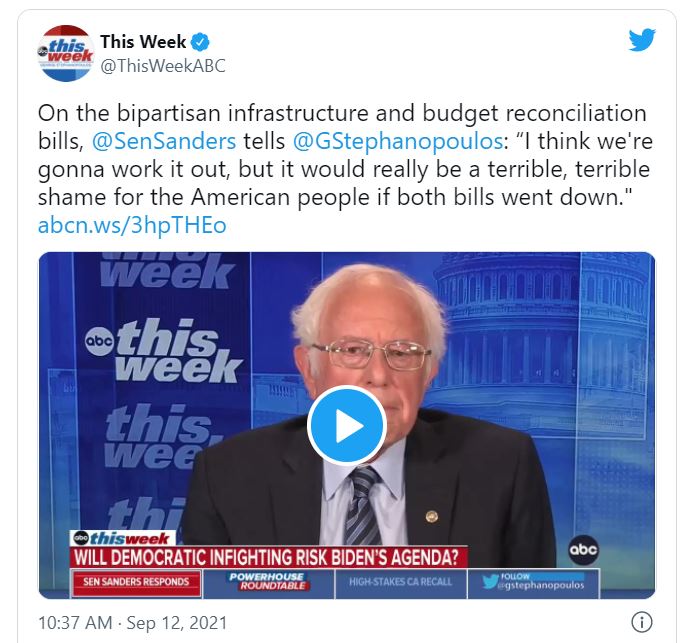 Source: ‘Here’s the secret that every West Virginian knows’: Activist blows the whistle on Joe Manchin in MSNBC interview – Alternet.org