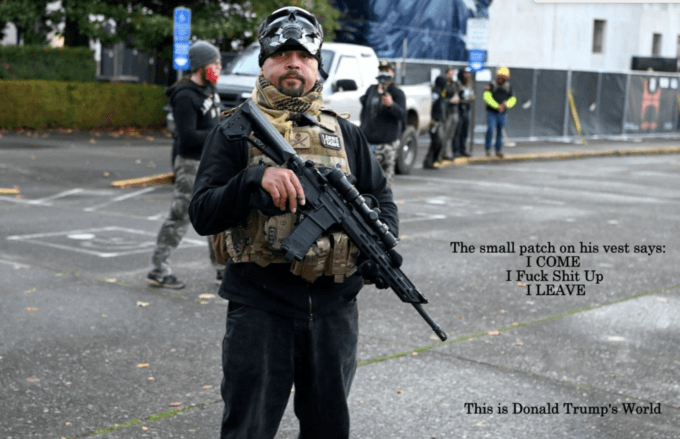 Last night I drove to Salem, Oregon to help a friend do projections on the Oregon Capital Building. There were  many Trump supporters there who were protesting the election. There were also Biden supporters involved in a march through the city celebrating Biden’s win. The Salem police were there to separate the two groups, because More

Source: The Legacy of Donald Trump in One Photo – CounterPunch.org