In the 1980s, François Mitterrand brought the French Socialists to power. A generation later, they’re in danger of extinction — and they brought it upon themselves.

An open letter by retired generals warns French president Emmanuel Macron that unless he clamps down on anti-racist movements, the armed forces will step in to

Source: Is the French Military a Threat to Democracy?

The respective motivations, and their specific underlying conditions, are of course different in the UK and France, but both culminate in plans for universities to curb the expression of leftist points of view. In the UK this gives a potential pulpit to “maverick” speakers on the right, such as Steve Bannon, who (facetiously?) approved the delivery of pipe bombs to critics of Trump, and who lost his book deal for having a favourable view of underage sex. More

Source: Policing Universities by Neoliberal Governments in the UK And France – CounterPunch.org 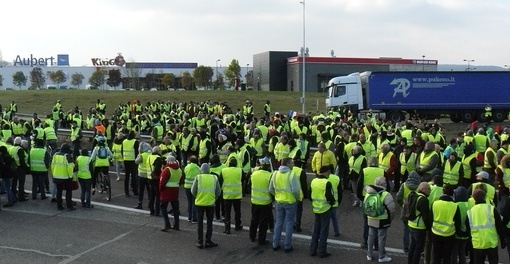 Six months ago on Nov. 17, 2018, Yellow Vests burst literally “out of nowhere,” with autonomous local units springing up all over France like mushrooms, demonstrating on traffic circles (roundabouts) and toll-gates, marching every Saturday in cities, including Paris. But unlike all previous revolts, it was not Paris-centered. The humid November soil from which these mushrooms sprouted was the near-universal frustration of French people at the abject failure of the CGT and other unions to effectively oppose Macron’s steam-roller imposition last Spring of his historic Thatcherite “reforms”: an inflexible neo-liberal program of cutting benefits, workplace rights, and privatizing or cutting public services, while eliminating the so-called Wealth Tax designed to benefit the poor.

Source: The Yellow Vests of France: Six Months of Struggle