We have been critical of Marxism and there is a danger there in feeding opposition to the left, such as it is. In reality, the older Marxism doesn’t need much opposition from the bourgeoisie: it is its own worst enemy. The cadre of Marx true believers at this point could never mount a revolution against capitalism, while the reformist wing is almost impotent in its efforts.
I admire Marx and Engels but their legacy was very flawed and in any case is almost an antique at this point. But much of the core challenge to class society remains cogent. In the wake of the French Revolution which ended up empowering the haute bourgeoisie a challenge of the socialists and finally Marx was and remains a permanent challenge to the ‘pseudo-democracy plus capitalism’ that has remained in place. The Bolshevik revolution was apparently about something else and never really challenged that outcome of the modern revolutions. We have critiqued Marx’s attempt at a science but his class observations are very cogent. Marx swept the field where others from Proudhon to Lasalle were somehow forgotten. But Marxism itself is so flawed that a wider field of thought might have done better. We have critiqued Marx’s historical theory as junk science and unless the left can get past it they won’t have any second chances. The Marx cult is entrenched but almost defunct.
I am a socialist/communist at heart and don’t want to be cheated out of sane future by the ‘walking dead’ of Marxist religious zombies.
Marx’s theory suggests that the end of capitalism is predestined by laws of history and that just isn’t so. His theory may be wrong but it still stands as a hunch about history. Committed leftists with a better view of history have to construct socialism by their own efforts. The task is daunting and made more difficult by the inoperative ideologies of the left, what to say of the monumental propaganda and mind control of the capitalist order. But this is not ‘compromise’ thinking trying to negate the revolutionary option: the basis of a future socialism almost certainly requires the expropriation factor, revolutionary or reformist. But the Bolshevik fiasco shows how that component was botched as ‘state capitalilsm’. Something that really works is needed. We have our DMNC model: democratic market neo-communism, which points to the need to do what Marx so strangely always rejected: a model or blueprint of the intended system. Marx’s rejection of this as ‘Utopian’ compared to his ‘Scientific’ approach is just about the dumbest mistake a theorist can make. To be sure ‘utopian’ thinking plays on its own semantics and can lead to unusable abstractions, but we don’t need the term or play that game: A model is not utopian anymore than an economic model is utopian (hopefully). The question is one of social and economic function. We can’t use theory to construct socialism, we need recipes that can show feedback with the facts arising during realization. Our DMNC is very practical and passes a test: if a liberal system is said and seen to work in a functional sense, then our DMNC models will also work, with one caveat. It is not a utopian issue.
This approach therefore can result in a model that can put into action almost at once. There isn’t any morass of Marxist theory or new interpretations of Capital.
The American example, even, as is, mired in slavery, shows that ordinary men can found a new system and the first great modern democracy without ponderous theory. In many ways, Marx’s work critiqued that moment and the critique of a bourgeois revolution is his real contribution. But the correction process was hopelessly confused and fell into the hands of those who ended up destroying democracy in the name of socialism, a fatal and tragic outcome.

Source: A new/old definition of ‘working class’…Napoleon Between War and Revolution  – 1848+: The End(s) of History 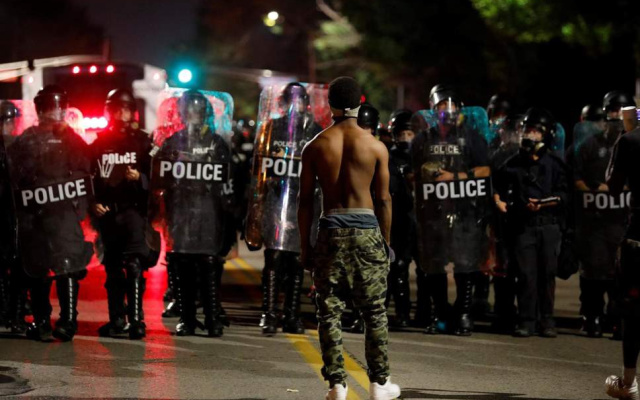 The murders by cop go on; the latest, Lymond Moses, was asleep in his car. In part thank messianic warrior-cop, fear-mongerer and “killology” expert Dave Grossman, who for 20 years has held police

Climate warnings With the exception of fossil fuel beneficiaries, most of the leaders of the world are taking climate change, if not seriously, at least under advisement. They observe the effects of higher temperatures, increasing destructive forest fires, rising sea water levels, thunderstorms, and more difficulties in raising food and catching fish. The UN Panel on More

“Are we in an interregnum, a pause before we plunge into the abyss? Is the Joe Biden presidency just a temporary respite, the lull before the storm?In the pre-Trump era such questions would have legitimately been considered to be alarmism in the extreme. Today, however, Trump may be out of office, but the forces he has helped unleash, and which still remain, are cause for genuine concern. In fact, anybody who is unwilling to take such questions seriously is looking at the United States through rosy colored glasses.Out-of-control police forces, voter suppression and Republican-organized voter fraud, and demographic/geographic changes all combine with new repressive laws to threaten the very existence of capitalist democracy in the United States.”Full article:https://oaklandsocialist.com/2021/04/29/america-in-remission-before-cander-returns/

Source: American capitalism has passed its peak — and the signs of decline are piling up – Alternet.org

Source: The real tragedy behind the collapse of the American empire – Alternet.org

Source: Was the war in Afghanistan always doomed?

Source: There’s a reason ‘highways do not go in straight lines.’ How racism is built into American infrastructure.

( Tomdispatch.com) – By the time you read this piece, it will already be out of date. The reason’s simple …

Source: Can America finally kick the Habit? – “The Greatest Purveyor of Violence in the World”