R48G: Trump’s crime against humanity and the need to put a stop to it as soon as possible, a desperate situation

We have about ten years left to prevent irreversible catastrophe on the climate change front and yet just at this point we are treated to Trump’s effort to deprive us of our last chance. It is hard to fathom the depth of wilful ignorance here, and of the capitalist world suffused in false ideology.

We have the right to revolt here, and in fact this has moved into the realm of duty. We can eschew revolution for an evolutionary path, or pursue both, and we can also aggressively point out to a
deceiving liar who has flipflopped on all the issues he began with that he can do a flipflop on the issue of
climate.

Trump is often called a fascist but the net effect of his behavior seems to reinvent the term in a new meaning as he debilitates democratic tradition with an almost outlandish parody of a coup d’etat. As with his ‘shutting down the government’ there is always a kind of double meaning. A direct and immediate challenge is needed. ——————
In a powerful and lengthy piece, up this afternoon, titled The People vs. Donald J. Trump and subtitled “He is demonstrably unfit for office. What are we waiting for?”

Source: ‘What are we waiting for?’: NYT columnist David Leonhardt calls for Trump’s immediate removal from office in scathing editorial – Alternet.org

Despite the overwhelming influence of a convergence of interests between President Donald Trump and Russian President Vladimir Putin, many skeptics about a potential conspiracy or covert alliance between the two have argued that the Kremlin hasn’t gotten much in exchange for its efforts to help Trump get elected.

Source: Russia is finally getting its money’s worth with Trump’s latest Kremlin gift basket | Alternet

“The US has been waging endless war for a generation, wasting trillions of dollars and costing countless lives, and we’re no better off for it.”

Source: Anti-War Voices: Of Course Trump Should Withdraw US Troops From Syria… and Afghanistan and Yemen and Iraq and…

We have shown that the voters who “flipped” from Obama in 2012 to Trump in 2016 were not revolting against neoliberalism. The voter-survey evidence suggests, instead, that the main driver of their defection was their marked affinity with Trump’s racism, misogyny, xenophobia, and authoritarianism. We have also shown that, rather than being a response to neoliberalism and “economic distress,” Trumpism is a pre-existing condition. Well before neoliberalism came along and allegedly pummeled the working class, the presidential campaigns of George Wallace—the authoritarian, racist governor of Alabama––garnered surprisingly strong support, not only in the South, but in the North as well, particularly in the industrial Midwest that “flipped” to Trump in 2016.

Source: The Baseness of Trump’s Base: a review-essay on Sides, Tesler & Vavreck’s Identity Crisis – Marxist-Humanist Initiative 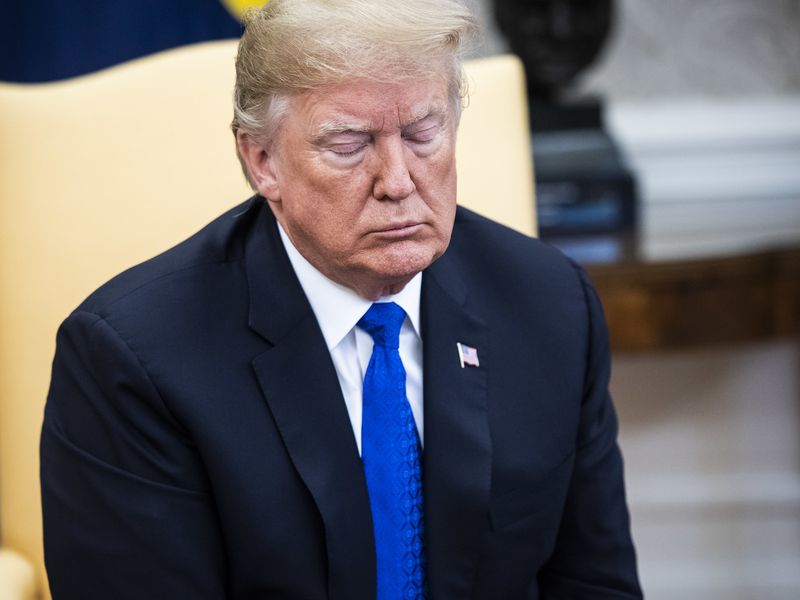 He is done. Donald Trump will be forced to resign the presidency before November 2020.

Source: Trump is toast: This week really was the beginning of the end for the President – NY Daily News

AMI’s immunity deal is a disaster for Donald Trump.

Source: AMI’s immunity deal is a disaster for Donald Trump.