Technically Whoopie Goldberg was wrong on the question of race: Jews are not a race, but Hitler thought otherwise and his deadly racism toward jews needs careful use of the term. But the larger picture is the way the issue of antisemitism is used to police the American public and keep them obedient stooges of the nightmare of the Zionist mafia, the Jewish Lobby, etc, etc…No one in public life has any honesty here, and the whole issue defaults to the larger public which is a powder keg of suppressed anger.

How on earth did the whole ‘Jewish question’ turn into such a nightmare of evil?
The above is not antisemitic…
ABC News suspended “The View” host Whoopi Goldberg for two weeks on Tuesday night, hours after she apologized for having falsely declared on the daytime program that the Holocaust was “not about race.”

Anyone who has ever been critical of Israeli actions toward the Palestinian people knows what to expect next—an avalanche of pit-bull attacks and smears that their criticisms of Israel are motivated by racism and anti-Semitism. The latest example is the response to actress Emma Watson’s pro-Palestinian Instagram post, which led (predictably) to Israeli officials and supporters accusing her of anti-Semitism. Among many others, former Israeli UN Representative Danny Danon—in a tone-deaf post—wrote, “10 points from Gryffindor for being an antisemite.”

Whatever one’s reservations about our celebrity-orientated culture, there’s a lot to be said for big names coming out in support of important causes. In what some would say was a key moment for the mainstreaming of the Palestinian liberation movement, Harry Potter star Emma Watson yesterday shared an image on her Instagram account—with sixty-four million followers—featuring the text ‘Solidarity is a verb’ against a backdrop of Palestinian flags.

https://redfortyeight.com/?s=judaism
We have discussed several times the issues of antisemitism. There appears to be a resurgence of antisemitism in the US and elsewhere. Jewish spokesmen rightly condemn this but sadly the discussion has been warped by the issues of Israel which have compromised discussion: Jews denounce antisemitism even as they are silent on the question of Palestine, and wish to extend the definition of antisemitism to provide cover from the dreadful outcome of a monstrous new development: Israeli apartheid.

It might help to take the long view. I recommend Jews and Christians study the historical phenomenon of the eonic effect:

The emergence of Israel is one the most remarkable in the classical phase of the eonic sequence. It emerges in parallel with Buddhism as the world system created two religions in parallel. But the final outcome is the emergence of Christianity. And it is the latter that moves to a larger world.
Here we should note that in the successive eras of history, religions seeded in one era pass away in the next.
And that is what we are seeing in modern times. Jews and Christians made a huge contribution to the evolution of civilization and now they are being absorbed into their own outcome as modern society.
The emergence of the Bible seems like a spiritual operation but in terms of the eonic effect is was a corpus of literature that becomes an instrument of cultural integration of manifold peoples in the context of Christianity. This operation was a huge success but history has moved on and the attempt to defy the process at hand results in more and more frantic confusion in the attempt to fight the future.
Jews and Christians moved into modernity and thrived. But then the phenomenon of Zionism in parallel with the Holocaust completely undermined sanity on all sides.
The Holocaust is a mystery in itself. It is an historical deviation of the absolute worst variety. The eonic sequence has nothing whatsoever to do with it. The eonic sequence looks after its own and moved its earlier phases into a new future of secular society where they thrived. The eonic effect shows a clear distinction of system action and free agency, moves with its timed input as system action then at the divide around 1800 the character of the system can change as free agency takes the stage. The point here is that this later aspect passes beyond control and can derail. The Holocaust has to be one of the most tragic cases of this. It is incomprehensible. It has bewildered Jews and Christians alike and made a confusing situation worse.
But the answer is not to look backward. Then history will foreclose on you, perhaps. The jews of the nineteenth century had the right idea. And the emergence of figures like Einstein shows the real outcome of our strange macro process whose evolutionary action is to move the world’s peoples to a new stage. In the process, the eonic sequence produced a  rapid upgrade to one of the most intelligent people in the world. To suddenly lose six million here to the Holocaust was an evolutionary calamity.

It is unfortunate that the Zionist experiment so quickly became so malevolent. Why that happened is not clear but surely the effect of the Holocaust was key. OK, but the
question of a modern Israel is problematical. It is a fait accompli now but its action has stultified Jews (who first protested the zionist action) and givens license to the most idiotic and retrograde jews who wish to effect an historical impossibility, a recursion of Old Testament land grab that goes on and is in the process of destroying
the intelligence of a once remarkable culture. The Israeli thugs in trying to annex Palestine are a far worse threat to Jewish history than antisemites.

There is a lot more to say here, but the nature of a classic tragedy is more or less clear.
The core confusion here is the myth that god acts in history. This confusion arose in relation to the attempt to create a pure monotheism and corrupted the idea with a fallacy about its own self-referential emergence and that has compromised both religions. The ancient Israelites were really discovering the eonic effect and were the first to see the Axial Age in action, albeit from a limited perspective. In a way, the Zionists at least saw the reality of the secular age. But now a phantasm of ancient Israel in the modern middle east has put the question of Jewish culture into retrograde motions in the erosion of the great gifts of the eonic sequence.

This links to a google search for JFK/9ll: fifty years of deep state
and also From Yahweh to Zion by the same author.

This links to a google search for JFK/9ll: fifty years of deep state
and also From Yahweh to Zion by the same author.

The claims for a rise in ‘antisemitism’ have passed into the realm of semantic abuse created by Jews themselves. I would distinguish older forms of antisemitism from the quite different anti-Zionism that has arisen from the staggering expose of that legacy, next to the appalling treatment of the issue of Palestine and Gaza. To collate these two, deliberately no doubt, is a form on intimidation toward those who are effectively powerless against the Jewish Lobby, etc… A strange almost bizarre hypocrisy and double standard is at work here. Israelis approach genocide in their treatment of Palestinians and the charge of antisemitism is used as cover for this illegal and inhuman behavior.

Jews and Israelis are destroying their own legacy and have created out of modern Israel a monstrosity that is grotesque and in the USA a clever tyranny of cancel culture making it dangerous.
There is a useful book, cited here several times:
JFK/9ll: 50 years of deep state, important exposes, but I note they have disappeared from Amazon. Also From Yahweh to Zion, by the same author. They leave behind two questions, what was the connection of Mossad to the JfK assassination, and to 911. Jews have a lot to hide and their history here is almost beyond belief…
Amazon deleted my kindle edition, and I got no refund. 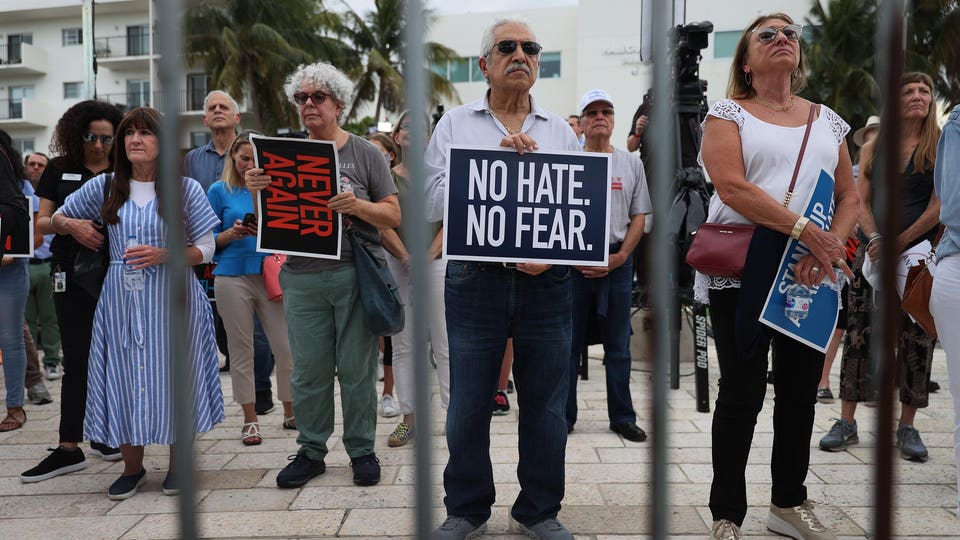 60% of American Jews say they have witnessed antisemitism in the weeks since the military conflict between Israel and Hamas.