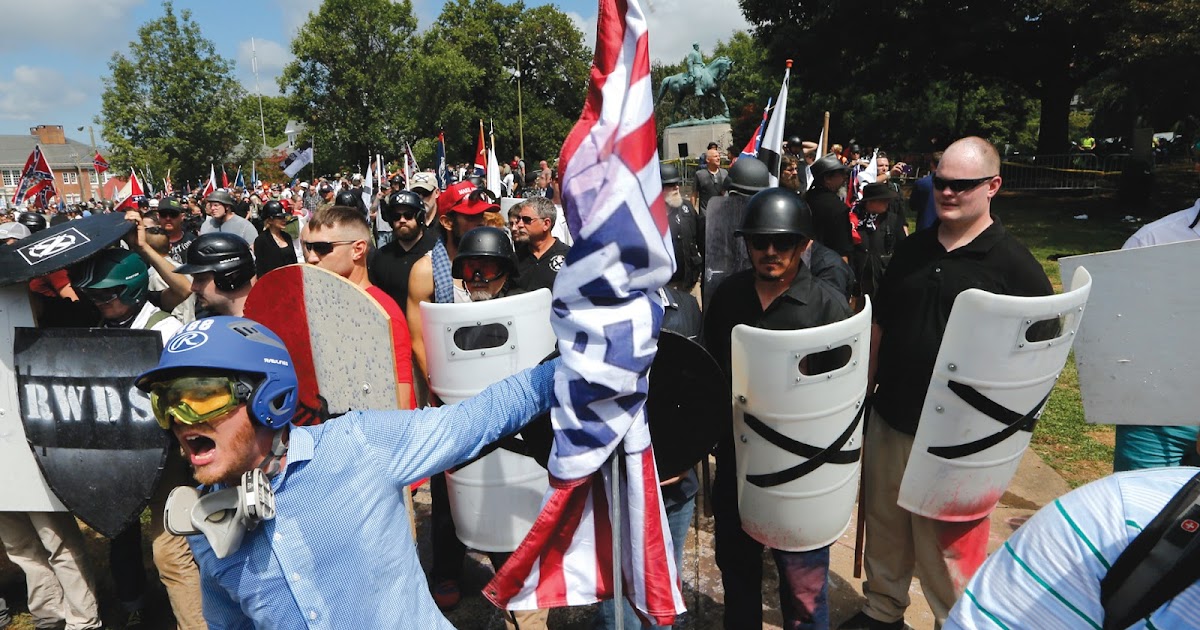 Arktos, the world’s largest and most influential publishing house for the alt-right, has displayed a surprising affinity for religious systems and philosophies rooted in India. Source: The un…

This is an important perspective but it is important to consider that fascism was not defeated by non-violence, but by a conflict in the mode of war. The right has strangely inherited the left’s memes and the result is a conservative and fascist parody of the left. The rise of rightist violence and incidents of insurrection show that the right has taken a leftist perspective into the libertarian distortion of freedom and the perversion of concepts that it created.
The reality of insurrection lies at the core of the American legacy, and the resolution/ dissolution of the right in a insurrection as of old against (American, not British) empire in a new international, etc, The future of democracy needs ‘real democracy’ and that evokes the echo of socialism into a new and cogent definition.

The future of democracy in the United States will not be determined by the malignant decisions made by a reactionary group of Supreme Court Justices. Nor will it be decided by the existence of voter suppression laws, the ubiquity of the big lie, massive structural inequality, or the rise of white nationalism to the centers of power, and a politics dominated by white supremacist ideology. Nor will it be decided by the rhetorical accelerant endlessly produced by former President Trump with his frequent allusions to violence and armed revolt. It will be decided by the increasing collapse of conscience, the undermining of truth, and a mass consciousness that supports violence as a central weapon for social change.

Source: Right-Wing Authoritarianism and the Crisis of Education – CounterPunch.org

( Tomdispatch.com) – What alt-right guru Steve Bannon failed to create, German taxpayers have just stepped in to revive: a …

Source: The Donald Also Rises? The Far Right Continues to Build Its International

This quiet bit of news signals a catastrophe for working-class organization. The state of America seems to get worse and worse. But the current neoliberal system is aiming at total control and as the current racist right commotion points, in silence, to the long-term restoration of slavery. That’s counterintuitive to liberals of this era, until recently, but there were ominous signs already in the nineteenth century, and not just the obvious case of KKK action against abolition. It is no accident that figures like Gurdjieff, with parallel figures like Nietzsche, peddled a spiritual doctrine to liberal moderns but as a front that harbored nothing less than the destruction of modernity, restoration of slavery, the destruction of democracy, and ‘all that’, plus fascist over and undertones. Various new age shadow figures use the guru platform to subtly enslave a slew of disciples who think they are on a path of enlightenment. In a world where the left has no awareness of the larger potential of man as a creeping mischief can sow the seeds of ultra-reactionary futures. This is a bit lurid, and alarmist, let’s hope, but many who, as here, predicted some outcome to reactionaries find their suspicions, if not forecasts, confirmed in the sudden rightist/fascist alt-right global phenomenon, not least the Trump ‘farce’ in the US. This second coming of fascism began in the seventies or so of the last century. Trump is it seems a kind of drone figure and carried out an operation more than successful for someone so stupid. Note that we thought the Trump era would pass, but he seeded a very clever path beyond democracy that is on the verge of destroying democracy. Everyone defined fascism in terms of Hitler, but that was misleading. A new set of tactics are at work. As far as I know this is distinct as such from neoliberalism but there is an obvious affinity and the two blend easily.
The left has lost the ability to resist.
We need to rethink the left, as we have done here. But our critiques have generally left a core legacy alone. Marx’s theories have crippled the left but his other work remains relevant: issues of class, ideology, etc…The criticism of Marx will actually liberate the core thinking and free it from the confusions of dated theory.

This study seems to suggest (I haven’t read the book) some kind of engagement with a rightist version of modern philosophy. Why so? Should we engage with Hitler and Trump. The sources here are in the end cardboard figures, Nietzsche and Heidegger. We can make short work of anyone who gets their armament from these two. That does not mean a pied piper army of dumbhead followers can’t do a lot of damage on their way to a rout.
END_OF_DOCUMENT_TOKEN_TO_BE_REPLACED

Reading the headlines this past fall, one might get the impression that the alt-right — a conglomeration of white supremacists, conspiracy theorists and other fringe provocateurs — is falling apart after a couple of years of riding high on the campaign and election of Donald Trump.

Source: How alt-right leaders became victims of their own ‘success’ — and got Fox News to embrace their ideology | Alternet