In fact, blame for most of these crises lies with the U.S. and other imperialist powers’ intervention in the country. From the Haitian Revolution right down to today, these powers have waged an unrelenting attack on the Haitian people’s struggle for liberation, democracy, and equality.When the enslaved Africans overthrew their French oppressors in 1791 and declared Haiti’s independence in 1804, the great slave-holding powers of the time—France, Spain, England, and the newly independent U.S.—did everything in their powers to destroy the new Black republic. France, Spain, and England all deployed armies in a vain attempt to prevent the revolution’s victory.After their defeat, they moved to isolate Haiti and stop it from becoming a precedent and inspiration for revolutionary risings of the enslaved in the region. France only recognized the country’s independence in 1825 on the condition that Haiti repays their former masters in reparations for the loss of their “property,” that is, their land and enslaved human beings.To pay this “debt,” Haiti had to take out loans at usurious interest rates from French and U.S. banks, stunting its economic development. In today’s money, they shelled out $21 billion for recognition by the great powers. Even then, the U.S. did not acknowledge Haiti’s independence until the middle of the Civil War in 1862.The imperialist powers of the 19th century shackled Haiti with debt until its last payment in 1947, isolated it from the world system, and blocked its independent development. They made the country pay an enormous price for its liberation—poverty and structural adjustment from its birth. 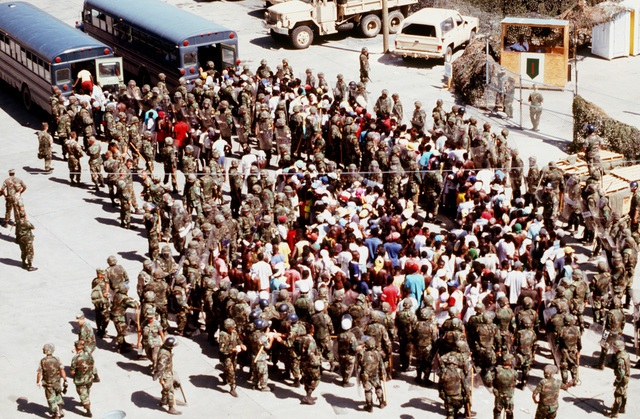 Source: The Haitian Migration Crisis: Made in the U.S.A. – CounterPunch.org