Chinese pseudo-communism is nothing to celebrate. Look at these grotesque Stalinist mass demonstrations of zombie cadres.

The Chinese communists are a real threat to leftist groups across the world. They will attempt to control or infiltrate them and/or bribe/fund such.
Bullies
Let us grant that China still suffers its history of being more than bullied by imperial powers…

The Chinese leader was speaking at an event marking the centenary of the ruling Communist Party. 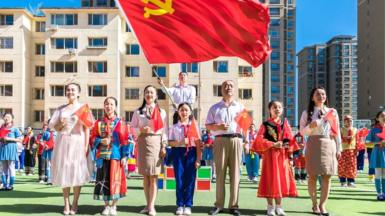