Decoding World History  (decodingworldhistory.com)is a presentation of the data for the so-called ‘eonic effect’ and the hidden process of historical ‘evolution’. It can dispel the ideological muddle of current evolutionary pseudo-science and its reductionist scientism. This book demonstrates an accelerated way to study this mysterious teleological structure and its implication of the ultra-complex system of evolutionary history, for so long confused by Darwinism and its oversimplifications. The study of world history in light of the ‘eonic effect’ unlocks the secret of the emergence of homo sapiens as he enters history as a free agent and points to the hidden structure of his emergence in a mysterious Gaian planetary control system.  As man emerges from this matrix of guided evolution he needs to confront the eerie challenge of sudden self-evolution. The fate of civilizations of the future beckons as he exits the larger system at work. The nature of evolution in deep time remains an unsolved riddle, but the data of the eonic effect gives us a hint and can help to dispel the endless confusion created by the current biological paradigm as disguised Social Darwinist propaganda. 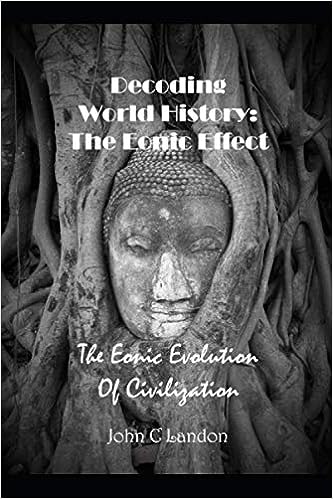 From the Preface to Decoding World History:

World history is an undiscovered country. Contemporary understandings show great confusion and make obvious the lack of a scientific perspective. Compared to the facility of physics, at least in the context of its mysterious mathematical methods that seem to develop in a just-in-time synchrony with the needs of new theories, the field of history shows no real reductionist resolution. The reason should be obvious: the issues of psychology and consciousness, values over facts, social existence, and religious versus secular discourses. History must grapple with the idea of freedom, physics must not. But all at once we confront a surprise in the reformulation of the question; the eonic effect, stumbling into an awesome mystery tour through ages in transition. One thinks of the classic phrase, voices of silence. We catch a glimpse of history’s law of motion. But that perception is of a crude outer mechanics that evolves a much more elusive complexity that has a character not seen in physics, such as ethical and aesthetic aspects, the realm of values beyond facts.
This book will attempt to demonstrate this hidden factor and approach the issue of a science of history indirectly via a new discovery we have called the eonic effect as the first real step to such a science. As we enter the unknown, we find a phenomenon of nature that still eludes us with a complexity of a new order of magnitude. We often confront machines we cannot understand, but we can see what they do. The eonic effect in history gives us a glimpse of (historical) evolution: a field of form effects operating over a species region. It is mysterious yet we can see what it is doing.