Revolutionary rhetoric that doesn’t even mention the term ‘revolution’ is a form of daydreaming at this point. And ecologists end up with one track minds where we need a balanced totality: the issue is not climate change but a set of four problems in one, or more… Perhaps this is strategic reticence. How is capitalism to be overthrown? If these daydreamers could slash the tires of one SUV apiece one might take them seriously beyond hand wringers…I don’t recommend that, the idea is what counts here, to start. Was the end of slavery worth the union dead? What’s the body count estimates for postcapitalism and will the new cadre take the gandhians out to be shot?

To overthrow capitalism requires violent action on a massive scale, and it is not clear what these constant invocations of revolution in polite language really mean. Monbiot’s essay is important in any case. This is a transformation of the original thrust of working class revolution. The two must combine and/or restate their basics.

Revolt is illegal, you in? A whole movement could be wiped out in a week by the powers that be to prevent any change (which is not an argument against revolutionary action).

The same will prove true in the coming crisis. But the revolutionaries must be ready and not blow it with leninist instant replays.

The revolution needs to be done right and stated clearly in advance.

We have suggested it many times here and at least adopted a comprehensive approach we call ES/DMNC or eco-socialist ‘democratic market socialism’ which is at least a theoretical focus on a basic four components for a new society, that plus an ecological content. You think about four problems in one: politics, planning/markets, a postcapitalist Commons and this four term reflection then proceeds to construct an interior of ecological socialism. This model can be expanded but the basic point is that we can’t just focus on ecological issues. This approach is adapted to evolutionary/revolutionary versions but it is hard to see how this can be done along an evolutionary path. As noted however the situation could suddenly ripen. We should proceed with an evolutionary version to start but state clearly the need for revolutionary potentials and honestly being to ask how a civil war against capitalist might be brought about. 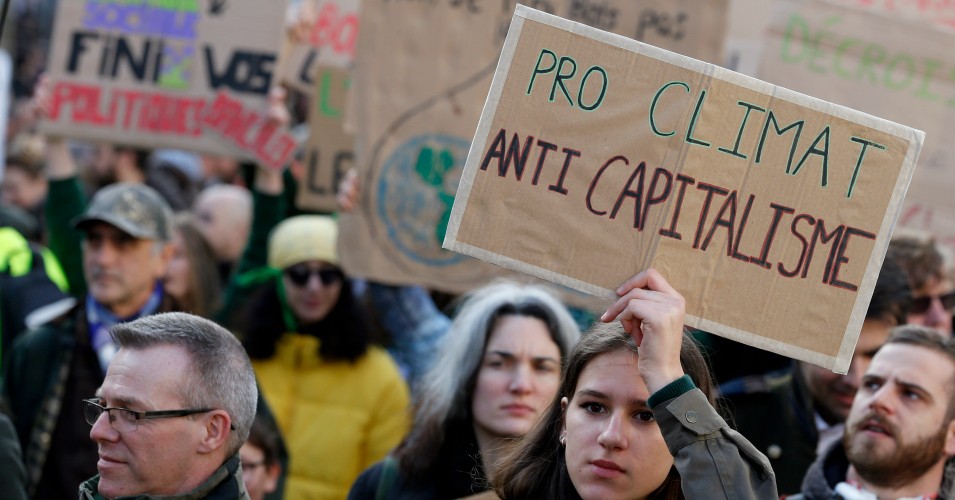 “We have to overthrow this system which is eating the planet with perpetual growth. I mean since when was GDP a sensible measure of human welfare?”

Source: To Save Humanity and Planet, Says Climate Activist, ‘We Must Go Straight to the Heart of Capitalism and Overthrow It’